The idea of an OPen EDUCational Area/region, an 'OPEDUCA'

A general idea underlying OPEDUCA is to regard a social demographic region as a young learners’ cradle and home for development. The scope of such an OPen EDUCational Area/region is grossly determined by its social, cultural and economic cohesion, the locality where people are inextricably part of multiple manifestations, indissolubly bound together (a group of villages, city, province).

Following the notion learning takes place anytime, anywhere, with anybody and through any device, the learner is envisioned to note, experience, interact, take in data and create information while moving around in her natural and societal habitat. Regional society considered an accessible space that brings sources of education within reach of the learner, provides rich opportunity in real context for meaningful observations and experiences. The world seen as a network of relations, our being not locked up inside us but spread throughout a web of worldly inter- actions in which our existence continually unfolds (Fisher, 2002).

The OPEDUCA Project was initiated bottom-up, by the field itself, building on the concept of ‘OPen EDUCational Areas/regions’ (social-demographic communities with a degree of coherence) in which Industry, Science, Education and (in a 2nd phase) regional Governmental authorities join in purpose and strength to address the most important en effective aspect of sustainability: the development of the next generation

A World of Knowledge and Experience

The world of knowledge, work and adjoining forces that largely mold and shape our future, is out there. It can be found in companies, science institutes, a mayors' chamber, TV-stations, restaurants and the small blacksmith on the corner of the street. In OPEDUCA all these are Partners in Education. The project found ways to continuously involve relevant partners in the learning process of youngsters and open a unique world of experience and applied knowledge for them. The concept bridging the worlds of schooling and work, folding them together. In an OPEDUCA-region companies and schools team-up, re-value good working practice dating back decades but lost along the way, create a contemporary approach that will address youth unemployment and required skill- and knowledge development in a most effective way.

Learning in an OPEDUCA

As schooling prepares for life, education should be close to life, learning processes interlinked and imbedded in the environment outside school. The participatory process thereto involves all areas of civil society, including businesses and public services (Fien, 1995). A strategic quality of an OPEDUCA lies in connecting and immersing youth in each Dimension of ESD simultaneously, the learning process a boundary crossing reality.

The OPEDUCA-concept includes the involvement of ‘Partners in Education’, meaning persons and organisations outside the realm of school contribute to education by providing place, practice and presence, articulated in first-hand data, information, narrative and personal experience. To distinct these persons with educational value from teachers, I proposed to use the general term ‘Educators’. Partners in Education are not expected to have the pedagogical skills and competences of teachers, they contribute outside the boundaries and restrictions of schooling, offer additional qualities - a complementary multitude of Educators manifesting an abundance of (re-)sources across the board. In principle an OPEDUCA calls for the participation of all in society to be(come) Educators, therewith substantially increasing schools’ and teachers’ educational potential.

In OPEDUCA embed their learning in the community. They explore, inquiry and draw on sources within their reach in their own habitat. A learning that goes beyond projects in welfare or care-taking: Community Based Learning in OPEDUCA is about seeking and using all the possible sources of knowledge and experience the community offers. Thereto pupils and students actively participating in the community, but their activities are driven by their learning demand and based on intrinsic motivation.
Community-wide education being found conceivable and practically effective if building on learning-processes instead of institutions and regulations, such opens perspective for an essential quality and added value of ESD, being the realisation of a local-to-global learning sphere for students.
Where the school is positioned as nexus of learning in the own community it provides a solid foothold to reach out and structurally connect the ongoing learning pathways around the globe to further effectuate the transformative potential of ESD.

"Community-based learning just might be the missing piece we are looking for on our competency-based, personalized learning quest for our students. If we can bring this work together-if we can connect them to their passion (personalize), move them along when they are ready (competency-based) and ground them in real life experience (community-based), perhaps we can truly give them the roots and the wings we have only been theorizing about for fifty years.” 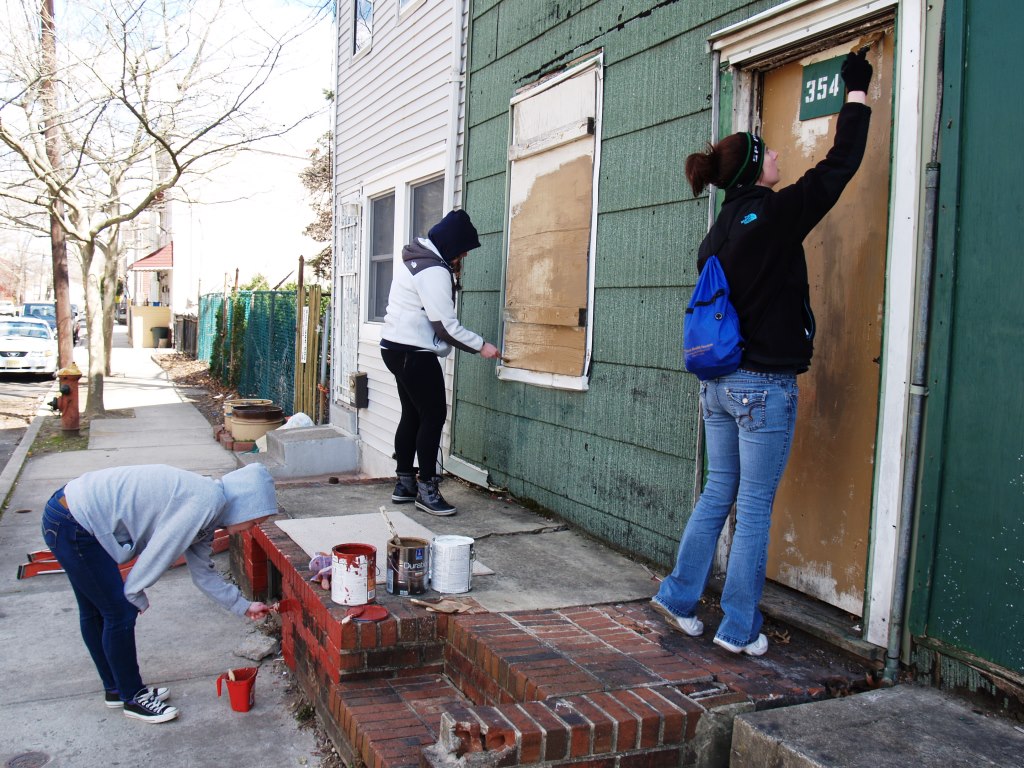 Re-connecting with the Social realm

As our society grew more advanced, we detached and even alienated ourselves from nature, invoking the (unconscious) notion one might do without. Such can also be argued for the realm of Wellbeing when compared to social structures and cohesion in earlier decades. The working of an OPEDUCA-region is perceived functional
to partly correct for this, believing youngsters’ more frequent direct contact and exchange with natural phenomena and society contributes to their wonder and understanding, enhances awareness, bases respect, allows the educational potential of nature and social interaction to regain position. This potential should also be seen as a countervailing power for the Welfare-Dimension, enabling students to (re-)consider and question present day phenomena as abundance and waste through the (re-)discovery of natural values as biodiversity and silence. Invoking a feeling to be part of Earth and learning from and through it, I regard a critical requisite for future courses of action. Avoiding instead of repairing youth’s disaffection with the outside is congruent with the need to make alive for them that the relation between people’s values, emotions and activities is (no longer) connected to ecology (Kellert & Wilson, 1995).

Re-booting with nature should be understood most literal, as actually re-connecting with earths’ basic elements, with wind, water, energy, soil, with the life thriving in and on it. In OPEDUCA the outside is the primary, not an addition to schooling by ways of an incidental visit. A transcendent personal experience cannot be programmed or scheduled as it is a matter of the heart, of being raised not taught, thus requiring more continuous presence in nature. Raising youth in the shelter of the inside was excellently dramatized by placing a future generation in giant caves of steel, like beehives below the surface, people eventually having become afraid of the open (Asimov, 1954). Louve speaks of a ‘nature-deficit disorder’ as metaphor to describe the human costs of alienation from nature, mentioning a diminished use of the senses, attention difficulties, higher rates of physical and emotional illnesses,
a rising rate of myopia, child and adult obesity, vitamin-D deficiency and other maladies (Suttie, 2016). Numerous studies indicate that direct exposure to nature can relieve symptoms whereas indoor activities in our paved, non-green areas, leave children functioning worse (Kuo, 2011).

From the broader perspective of ESD, the constellation of other OPEDUCA nearby and across the world is seen to form a complementary network, a ‘Local-to-Global Learning space’. Envisioning an OPEDUCA-region to allow youngsters to grow firm roots, an outward development towards (global) citizenship offers perspective(s) for the (regional) learning and allows to relativize as well as accentuate experiences and their understanding of phenomena. Thereto the learning processes is situated in continuous connection with others, the universal character of the future defining themes supportive to that course. As youth faces the global dimension of human development, a deeper understanding and sense of belonging to one’s own region and the global realm go hand in hand, merging realities and contexts. It is expected students gain more profound understanding of the own (region) through others.
A self-enforcing spiralling process contributing to coherent perspectives by thoughtful exchange and participation. Therewith the OPEDUCA-concept is also expected to partially offset and correct amorphous images presented by questionable (multi-)media and politically induced opinions presented by (social) media. Considering that life-wide and -deep experiences in the natural and social outside will gradually replace media-induced images of the present and future.

Community Based Learning
for Sustainable Development

Local communities have an indispensable role to play in supporting people’s learning and development and in creating societies that are engaged, inclusive and sustainable. Community-based learning strengthens bonds across generations, promotes agency and self-reliance, and fosters social cohesion, thus encouraging active citizenship and a sense of ownership of a community’s future. Moreover, it enables the exchange of information and the development of skills necessary in tackling the challenges of today’s rapidly changing world, ultimately contributing in a very significant way to sustainable development at local level.
To stress to policymakers and other stakeholders the wide and far-reaching benefits of community-based learning, particularly in the light of the 2030 Agenda for Sustainable Development, the UNESCO Institute for Lifelong Learning (UIL) has published a new policy brief, Community-based learning for sustainable development. This policy brief, co-published with the Global Action Programme on Education for Sustainable Development, advances six principles of action to develop the role of community learning centres (CLCs) as the main delivery mechanism for community-based learning: responding, engaging, enabling, embedding, sustaining and transforming.

Furthermore, to allow CLCs to put these principles into practice in a holistic and integrated manner, the paper proposes four policy recommendations for local and national governments to:
- provide dedicated resources for community-based learning;
- create mechanisms for partnerships and networking opportunities;
- organize ongoing capacity-building to ensure well-qualified and trained staff and volunteers;
- support learning content development. 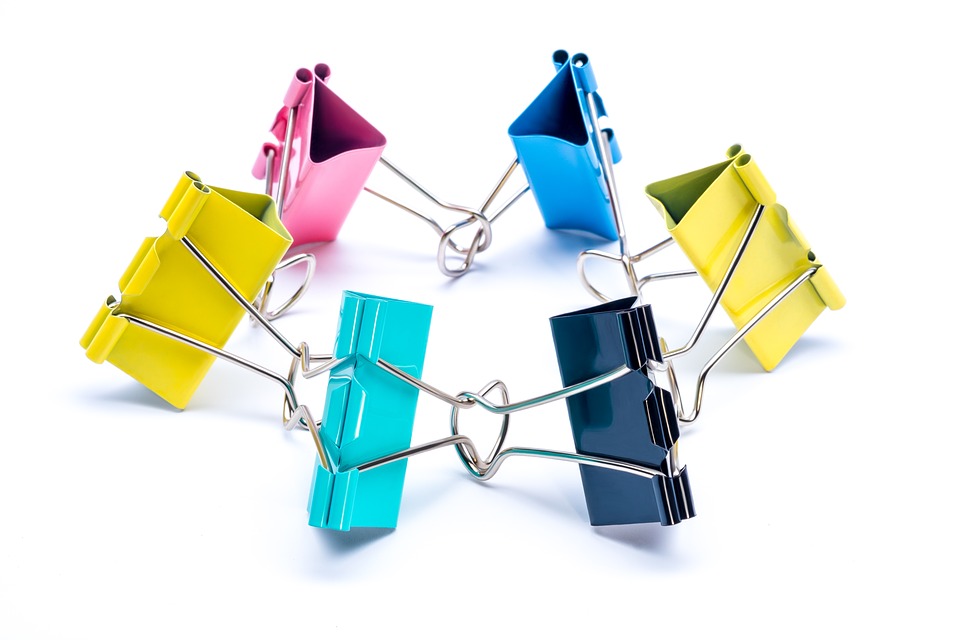 A fundamental change in thinking about the practice of education and education policies is called for. Instead of beginning from the perspective of education systems we should think about building common public spaces for education. This should be led by teachers, working in conjunction with families, communities, local and national authorities, universities, public and private entities. While we have great cultural heritage and wisdom to build upon, there are no ready‐made solutions. Solutions must be built, collaboratively and taking into account the diversity of contexts and cultures in the world (UNESCO, Futures of Education, 2021)