Empowering Youth
to Learn, Any time, Any place, with Anybody, through Any device
to create a more Sustainable Society.

The OPEDUCA Project is an ongoing initiative, dating back to 2004, to create regional Alliances of Industry, Education, Science and Governmental bodies in order to realize the best possible education for Youth - their development believed to be the most effective pathway towards a more sustainable society. The focus is on students age 10-22, enabling and empowering them to learn Anytime, Anyplace, with Anybody, through Any Device on future defining themes to become the entrepreneurs and citizens of a future only they can imagine and create.

'OPEDUCA' stands for 'OPen EDUCational Area', referring to youngsters' social-demographic home region throughout which sources of education are brought and bound together for their development. From there the learning process spans the globe, crossing borders and binding cultures in a joint strive towards sustainable development.

The OPEDUCA-concept became groundbreaking as it bases education and schooling on ESD (Education for Sustainable Development), re-establishes the value of 'School' as a nexus of learning, invests in the professionalisation of Teachers, sees to an effective contribution of Industry in education, bridges the worlds of schooling and work, realises a 'Whole Student Approach' and provides the foundation for a local-to-global learning- and action space for sustainable development. 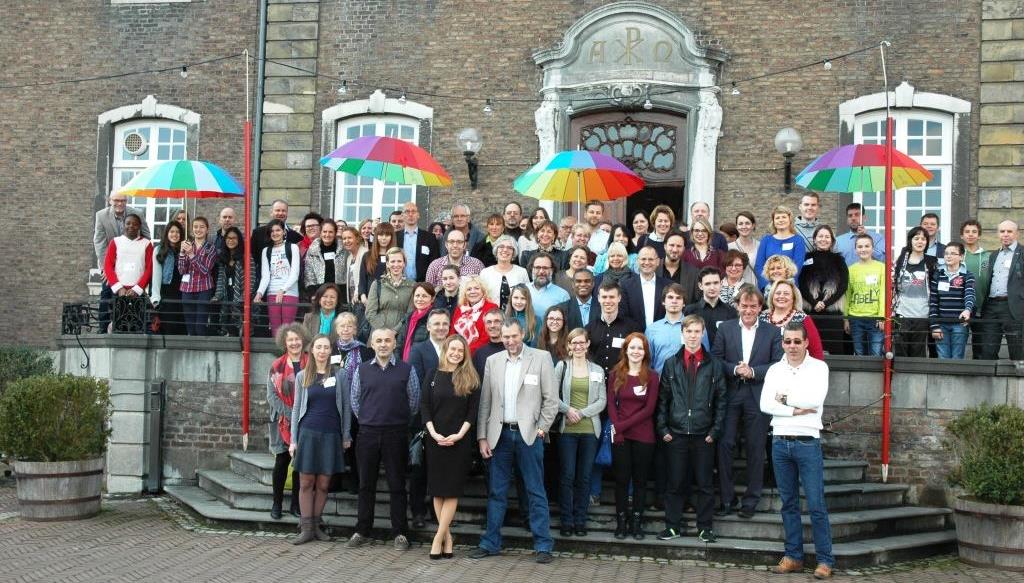 Following the development of a multi-disciplinary partnership of all relevant sectors in society as of 2004 and the successful application of a jointly developed instrumentation in daily educational practice between 2008 and 2016, the OPEDUCA-concept appeared thus far ahead of time the project was halted. While academic research proceeded and the concept expanded, so did the network of experts and practitioners, finding ever more supporters in education, industry and science around the world.

In the first phase of The OPEDUCA Project over 2.300 students from 55 schools in Primary, Secondary and further education as well as 410 teachers and school leaders directly participated in the development and testing of the concept, taking in the opinion of over 400 scientists, managers of more than 140 large- and midscale companies and experts in various other disciplines.

As the groundbreaking potential of both The OPEDUCA Project as well as the -Concept are found to remain unchallenged and unparalleled today, while schools around the world are more challenged than ever, we see the time right to start the 2nd phase of The OPEDUCA Project. You are welcome to learn and join this not-institutional, open and ongoing societal effort - reach out if you have a question, proposal, remark or critical note, we look forward to your ideas, contribution and friendship. 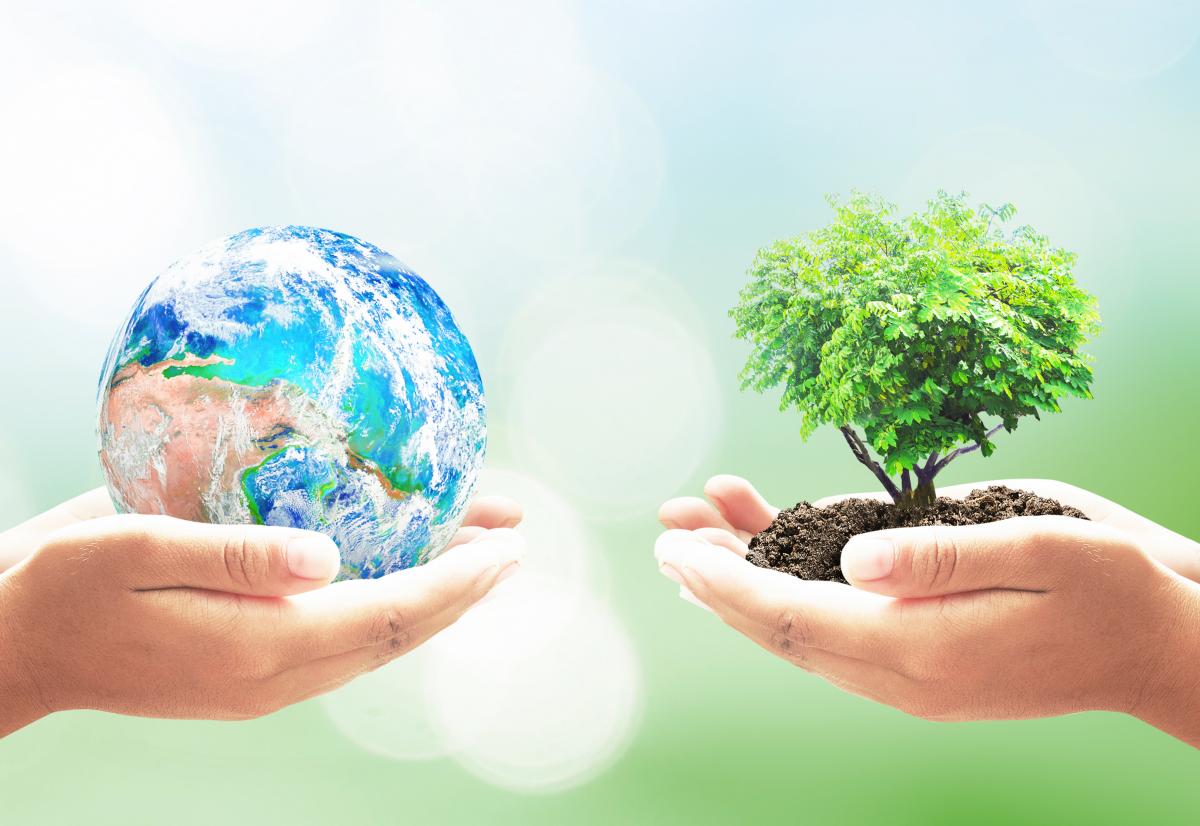 The OPEDUCA-concept sees to a full-scale transition of education- and school practice towards 'ESD-based Education', building on present capacity and meeting contemporary standards while effectuating future possibilities. It starts out from the conviction youngsters do not merely 'have the future', it respects Youth as the Future itself. The concept is consequently truly student-centered while Teachers are not downgraded to mere coaches but reach further mastery as world-wise Educators; a re-valuation of the profession integral to the effectuation of the concept.

OPEDUCA delivers on the transformative promise of
Education for Sustainable Development (ESD) by placing a transdisciplinary pedagogy at the core of schooling, building on the original 2004 vision that conceptualized ESD as an ongoing learning pathway, a continuous thread throughout the educational system, from primary up to and including higher education, intertwined with the local and global society.

Obviously, the application of the concept requires further insights than the headlines this website can present - moreover since successful practice highly depends on the Teachers' competencies and strategic qualities of the School leader, in-depth information is shared on a personal i.e. direct basis.

An academic study of the OPEDUCA Project and -Concept is available as thesis by Dr. Jos Eussen

Continuous education as an ongoing process throughout the system The best way to realise a more sustainable society is by a continuous development of the young. They should have every chance to learn about those themes that define our common future. Therefore we envision ongoing learning pathways, driven by themes derived from the 'Dimensions of Sustainable Development'.
We no longer think of a fragmented schooling system but see an integrated ongoing process, starting in primary and including higher education, along the way bridging schooling and the labour market - basing a process of life long learning.

Whereas the learning is 100% student-focused, schools are empowered to stand strong and independent from third-party projects and consult, focusing on the students' ongoing learning pathways, improving while meeting contemporary demands.

The merger of Subjects towards Transdisciplinary Education

The ongoing thematic learning-process molds and at the same time accentuates disciplines and traditional subjects, meeting an array of priority educations in the fields of Language, Math, STEM, Entrepreneurship, Environmental Education, Cultural Learning and World Citizenship, becoming a naturally integrated whole through transdisciplinary learning.
Schools basing their education on OPEDUCA no longer need separate programs, projects and stand-alone activities to provide contemporary education, no lasting third-party involvement or service providers. They can rest assured the entire curriculum is met, no longer as a goal but as a minimum requirement checked along the way.

All developed, tested and put into practice during The OPEDUCA Project, has been done in a cross-boundary manner and cross-border, building towards the effectuation of a local-to-global learning space - one both a condition for and result of the collaborative study of the themes, the exchanges between students and global alliance of partners.

Respecting the differences in policies, systems, curricula, regional and national challenges, cultures and beliefs, we found that youngsters' development unites us all.

OPEDUCA is about learning to live and prosper together - as one world on the only one we have.

Unleashing the Creative and Entrepreneurial talents of the Next-Gen 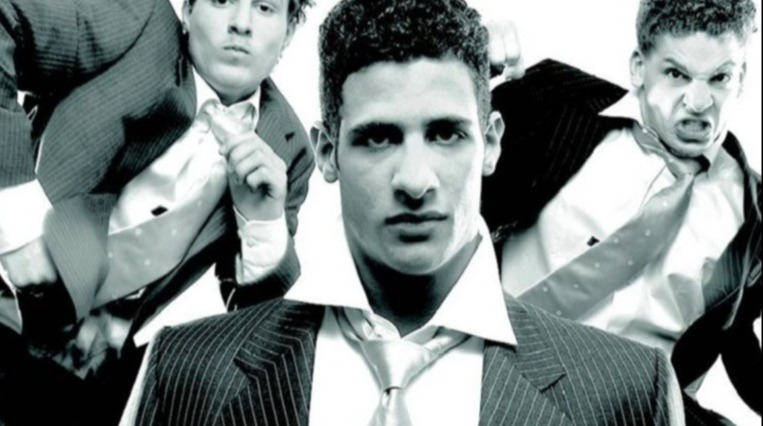 Our society is no longer prefab made, a structure guaranteed by the past, ruled by yesterdays' institutions. The Next Generation will face new challenges and opportunities, requiring youngsters of all sorts and talents who can and dare to turn their ideas into action. It is this sheer essence of entrepreneurship the OPEDUCA-concept holds high and brings to practice.
Schools and Partners in Education in each OPEDUCA-region structurally integrate entrepreneurial learning, entrepreneurship education, financial literacy and the broader spectrum of the economical disciplines in the learning processes, anytime, anyplace. Therewith gradually but definitely closing the gap between schooling and work.

Making it possible for  Industry to partner in education, redefine its CSR

Not only will he call for employees become louder because of a graying population and a growing demand for contemporary knowledge and skills, the demands will also change when future defining themes prevail over those defining our anthropocentric age. Information frozen in textbooks nor cuddly next-to-school projects will match industries' and general labour markets' demands. A challenge calling for a more precise and profound cooperation between the worlds of schooling and work, addressing how tomorrows' needs can be met today.
The OPEDUCA-concept goes clearly beyond the recapitulation of universal competences listed as '21st Century Skills' or 'ESD Competences', prioritizing personal qualities and personality.

Daring to invest in the professionalization of Teachers

Most of us have and cherish that special memory of a teacher or educator able to energize us, provide that additional bit of t(h)rust, a personality who opened our eyes and made us more confident to learn, then study and develop. In OPEDUCA this teacher is back.
From a whole person and demanding perspective, the profession returns to where it belongs - next to the students, more than a coach while not denying the instructor.
The project came forth with a "Master in OPEDUCA" - an instrument preparing for and supporting new practice, one going beyond regular training, enabling teachers to create and manage the growth and construction of OPEDUCA in their schools, to re-take ownership of their education. 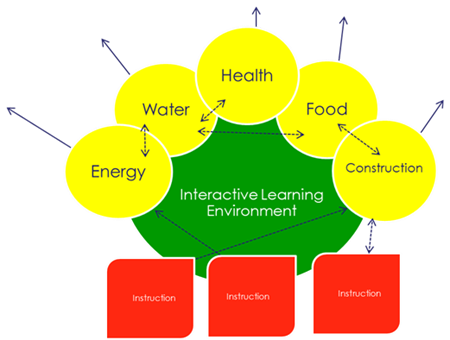 Schools are re-established
as Nexus of Learning
in regional Society 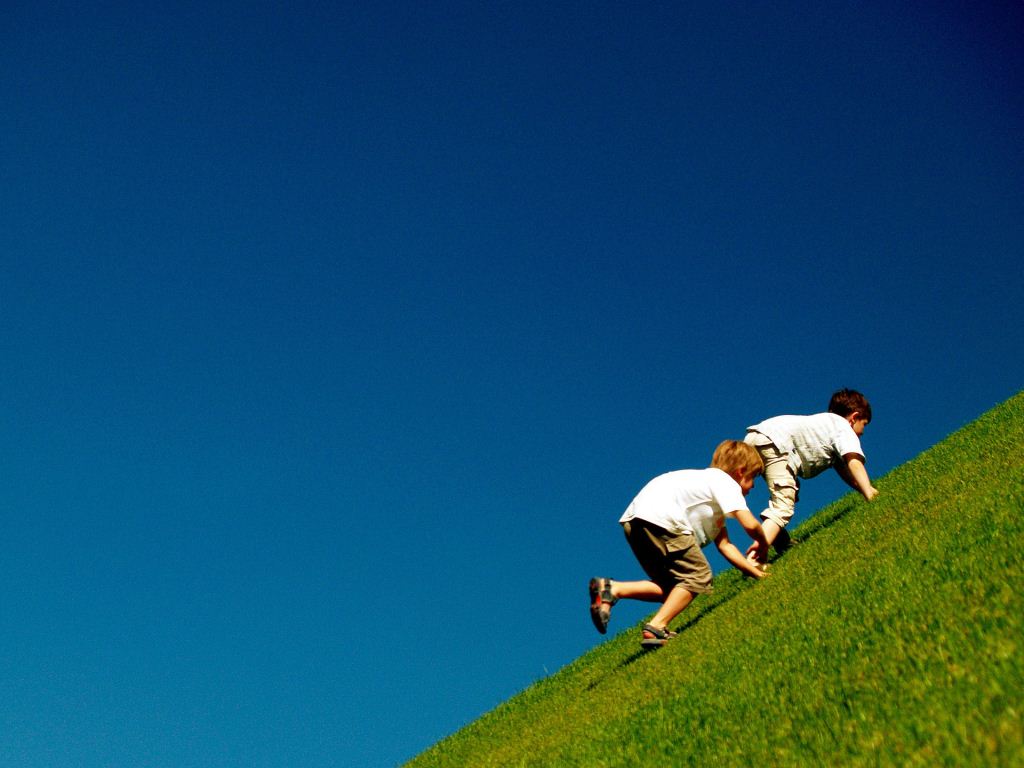 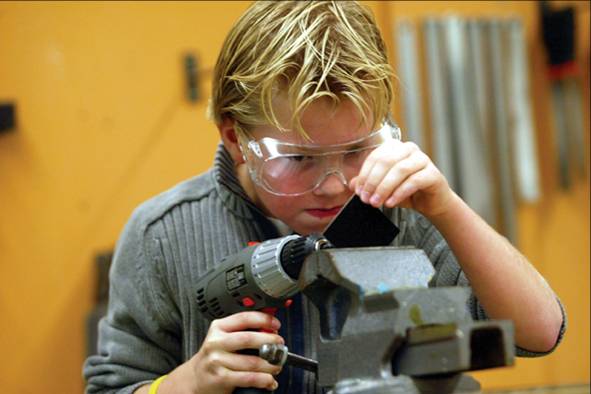 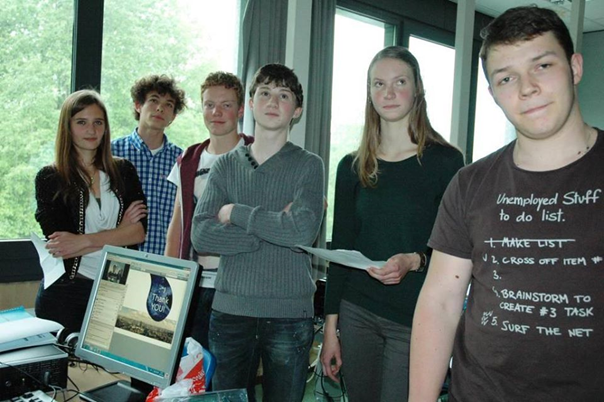 Students in search for Education  reclaim their Learning. 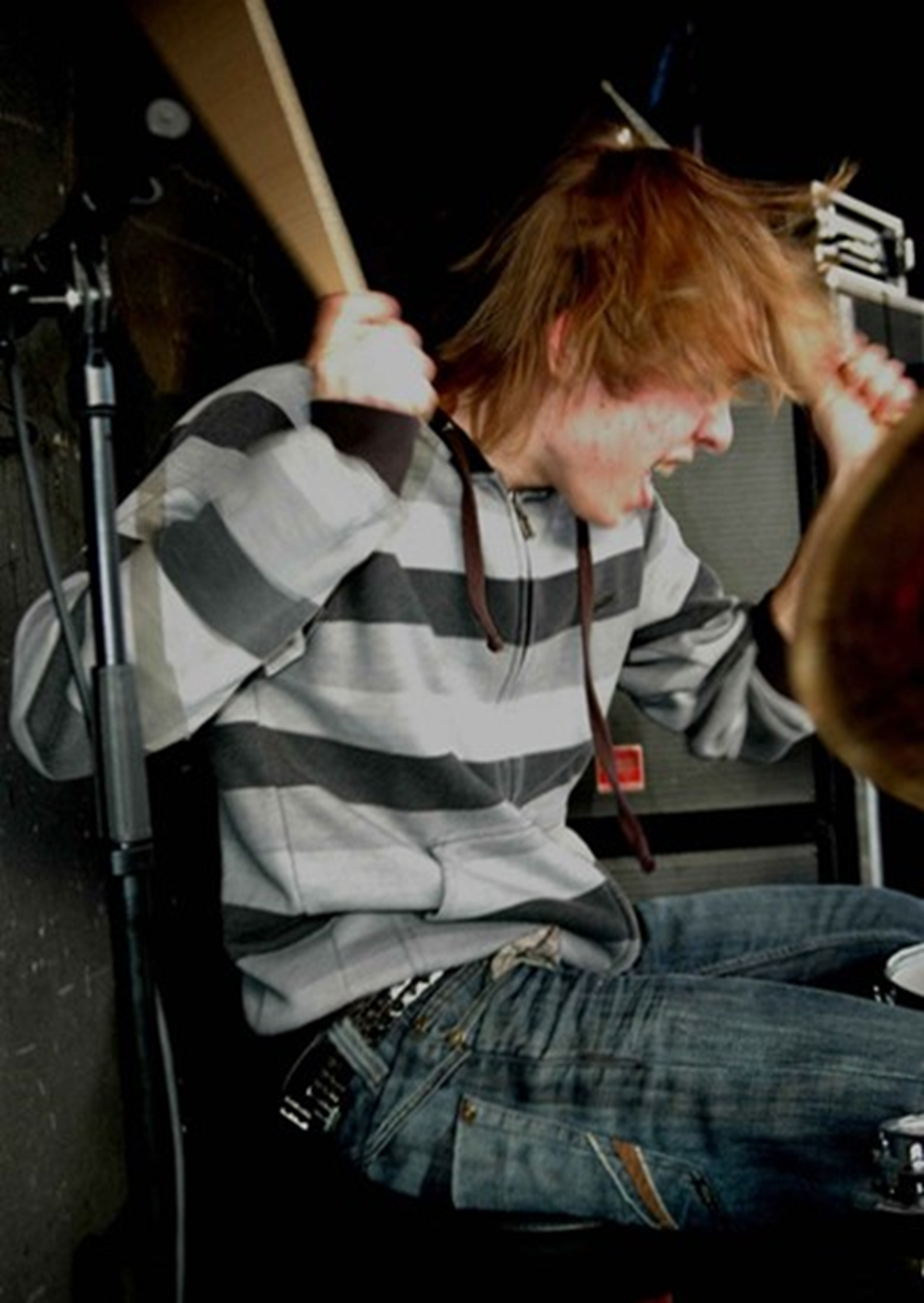 Creative
Energy
will be
Released

Partners & Sponsors that made the OPEDUCA Project possible

Disable mouse right-click - This line is not published, it's only for ease of access to the blue gear